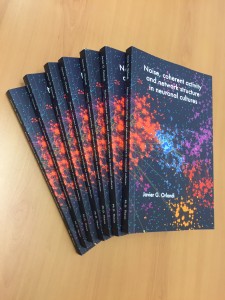 Abstract:
In this thesis we apply a multidisciplinary approach, based on statistical physics and complex systems, to the study of neuronal dynamics. We focus on understanding, using theoretical and computational tools, how collective neuronal activity emerges in a controlled system, a neuronal culture. We show how the interplay between noise and network structure defines the emergent collective behavior of the system.

We build, using theory and simulation, a framework that takes carefully describes spontaneous activity in neuronal cultures by taking into account the underlying network structure of neuronal cultures and use an accurate, yet simple, model for the individual neuronal dynamics. We show that the collective behavior of young cultures is dominated by the nucleation and propagations of activity fronts (bursts) throughout the system. These bursts nucleate at specific sites of the culture, called nucleation points, which result in a highly heterogeneous probability distribution of nucleation. We are able to explain the nucleation mechanism theoretically as a mechanism of noise propagation and amplification called noise focusing.

We also explore the internal structure of activity avalanches by using well–defined regular networks, in which all the neurons have the same connectivity rules (motifs). Within these networks, we are able to associate to the avalanches an effective velocity and topological size and relate it to specific motifs. We also devise a continuum description of a neuronal culture at the mesoscale, i.e., we move away from the single neuron dynamics into a coarse–grained description that is able to capture most of the characteristic observables presented in previous chapters. This thesis also studies the spontaneous activity of neuronal cultures within the framework of quorum percolation. We study the effect of network structure within quorum percolation and propose a new model, called stochastic quorum percolation, that includes dynamics and the effect of internal noise.

Finally, we use tools from information theory, namely transfer entropy, to show how to reliably infer the connectivity of a neuronal network from its activity, and how to distinguish between different excitatory and inhibitory connections purely from the activity, with no prior knowledge of the different neuronal types. The technique works directly on the fluorescence traces obtained in calcium imaging experiments, without the need to infer the underlying spike trains. 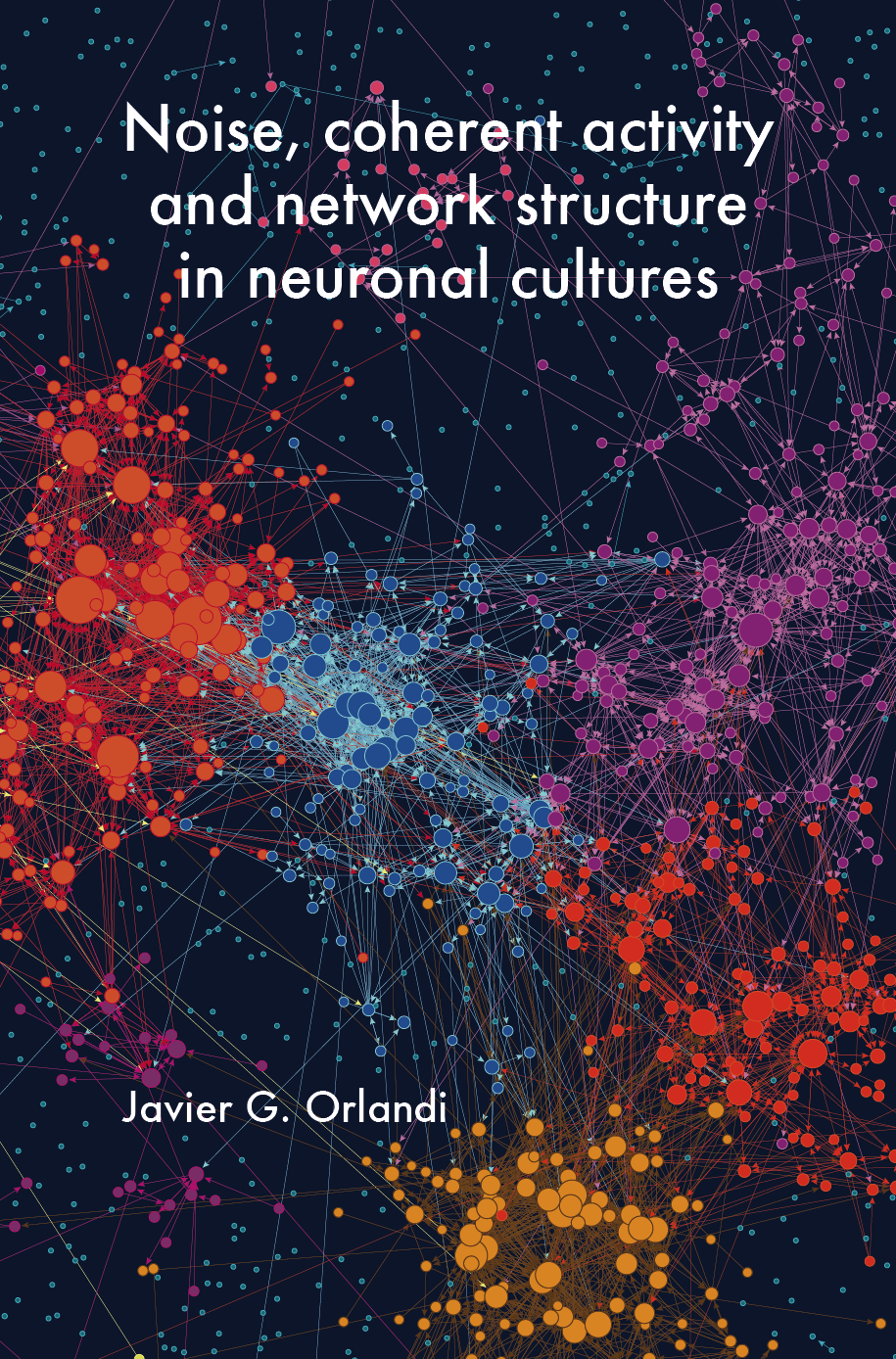