Abstract:
We organized a Challenge to unravel the connectivity of simulated neuronal networks. The provided data was solely based on fluorescence time series of spontaneous activity in a net- work constituted by 1000 neurons. The task of the participants was to compute the effective connectivity between neurons, with the goal to reconstruct as accurately as possible the ground truth topology of the network. The procured dataset is similar to the one measured in in vivo and in vitro recordings of calcium fluorescence imaging, and therefore the algo- rithms developed by the participants may largely contribute in the future to unravel major topological features of living neuronal networks from just the analysis of recorded data, and without the need of slow, painstaking experimental connectivity labeling methods. Among 143 entrants, 16 teams participated in the final round of the challenge to compete for prizes. The winners significantly outperformed the baseline method provided by the or- ganizers. To measure influences between neurons the participants used an array of diverse methods, including transfer entropy, regression algorithms, correlation, deep learning, and network deconvolution. The development of “connectivity reconstruction” techniques is a major step in brain science, with many ramifications in the comprehension of neuronal computation, as well as the understanding of network dysfunctions in neuropathologies. 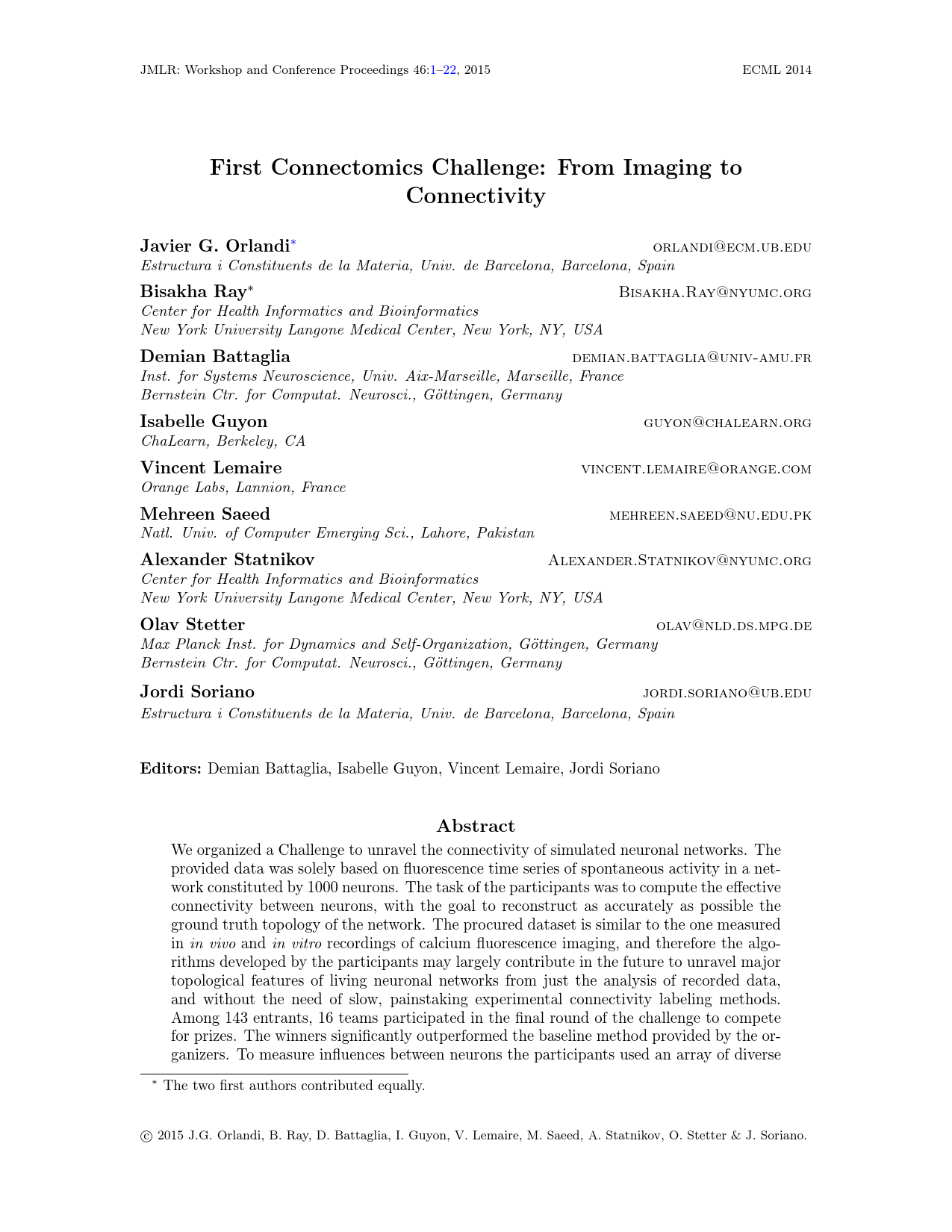